What's your home worth? Find out now!

Get To Know Arizona 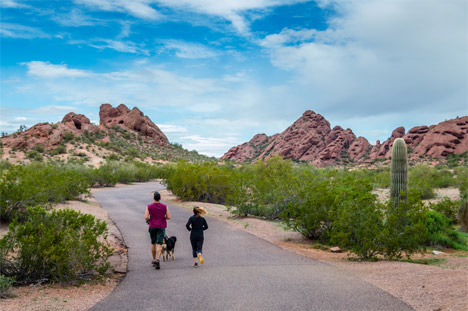 Things To Do in Phoenix
Each Phoenix neighborhood offers a unique vibe. Explore attractions, events and more!
LEARN MORE 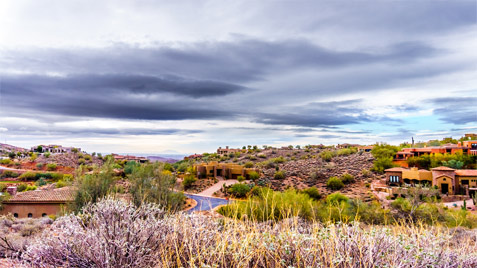 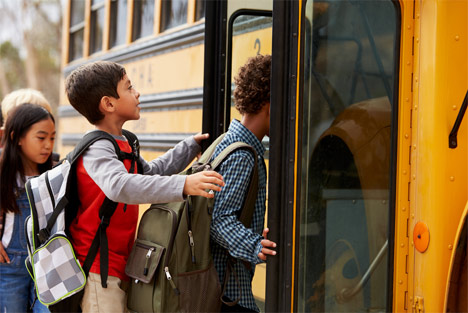 Praise From Past Clients

Thank you so much for making our move to Maricopa possible.  The many hours you have spent helping us search for homes deserves a gold medal!  On top of that, you were right there for us throughout the moving incident.

Finally, we appreciate your family's helpfulness in...
Matt & Marcie H.
Russ, thank you so much!  We really appreciated you walking us through the home buying process and are really excited about our first home.  We would definately recommend you to anyone buying a home in the area.  Hope you stay in town so we can buy our next home with you as well....
Stacie & Andrew D.
We wish to thank you for all of the help you gave us in our move.  We couldn't have done it without your great generosity.  With Chris' surgery I really relied on you to help me.
Alice & Chris M.
I have known Russell for over 10 years.  I have bought and sold several houses with him.  Russell is very knowledgeable, trustworthy, friendly, patient and thorough. He is very good at marketing and you can have confidence in knowing you have a true professional on your side.
Shaun T.
Thanks so very much for all of your efforts.  My entire family is absolutely amazed at how much help our Realtor® is to us at this time and we all think you are going far above the call of duty.  Thanks again!
Bob & Cindy B.

Please feel free to explore our site, and to plumb the depths and breadth of our marketing reports, property listing information, and tips ... and when you are ready for help or simply have questions about the real estate process, we invite you to give us a call at 480-695-5974 (855-855-AZRE) or to fill our Contact form here. We look forward to talking with you soon!

Our Commitment To You

Our approach at Arizona Network Realty is simple … we provide state of the art real estate tools and a trusted, experience team of real estate professionals to help our valued clients find, purchase, and/or market their homes.

We are passionate about providing superior customer service throughout the entire real estate process and consider it both a privilege and honor to professionally represent our clients in the acquisition or sale of their home. 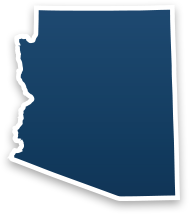 What Does It Take To Sell Your Home in Today’s Competitive Market?

To learn more about how we help our clients receive top dollar for their home, maximize their selling proceeds, and minimize stress throughout the closing process, we invite you to click below and discover our multi-faceted, multi-disciplined approach to selling your home.

Experts you can trust when buying a home in AZ.

Arizona is a state like no other. We offer a sun-drenched climate, year-round golfing and outdoor activities, and of course, the Grand Canyon. To the south we have palm tree-lined streets in charming desert neighborhoods; to the north you’ll find cool mountain air amid the rustic towns along the Mogollon Rim.

In fact, due to our varied landscapes and elevations, residents in the northern part of the state can go skiing or snowboarding in the morning and then drive an hour south for a round of golf in the afternoon. It’s downright idyllic.

Arizona also boasts the nation's fastest growing county in the United States. According to the Census Bureas Maricopa Country, with an estimated population exceeding 4.2 million people who live within 27 neighboring cities and towns, it is growing at nearly a 2 percent rate with most of its new residents coming from people relocating elswhere in the United States.

Now add a thriving job market, five major league sports teams, world-class fine and performing arts and a range of homes for every budget and stage of life – all surrounded by the magnificent beauty of the American Southwest – and the allure of buying a home in Arizona is clear.
Now you need two things:  Read More...

With Arizona Network Realty, you can be confident you’re always seeing the most accurate, up-to-date listings.

Why is this important? Other Arizona real estate services don’t always update their listings frequently, so you don’t know which listings are active and which are closed. If you’ve ever pored over homes online, found your favorites and forwarded them to a real estate agent – only to be told that the home is under contract or otherwise unavailable – then you know how frustrating this is. Arizona Network Realty is different. We update our real estate listings in real time, so you can trust our information. That means:

Buying a home in AZ has never been easier.

Our commitment to you

Arizona Network Realty connects you with licensed agents and brokers who serve as your advocate in the Arizona real estate market.

What does that mean? It means you’re not alone in this.

Your agent will guide you through every step of the process, including:

The Broker providing these data believes them to be correct, but advises interested parties to confirm them before relying on them in a purchase decision. Information deemed reliable but is not guaranteed.
© Russell Diehl. All Rights Reserved.
Accessibility|Privacy Policy|Terms of Use|DMCA Notice|Property Listings|Site Map
Real Estate Websites by